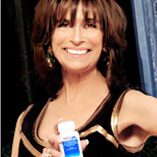 Television anchor, legal analyst, trial attorney, actor and best-selling author, Rikki Klieman has earned a sterling reputation as one of the nation’s most celebrated lawyers and legal authorities. A dynamic and versatile communicator, Klieman has found success in multiple fields, including television journalism, the courtroom, academia and public speaking.

In addition to her lectures to various business and bar associations as well as charitable and school groups, Ms. Klieman was named one of the five most outstanding women trial lawyers in the country by TIME magazine. She is often the subject of magazine and newspaper articles and was profiled by CNN. She has been interviewed on countless radio and television programs about various aspects of criminal and civil law and procedure, including, among others, “60 minutes,” “20/20?, “The McLaughlin Group” and a “Nightline Special Report” on rape hosted by Peter Jennings.

To say that Ms. Klieman is a busy woman is as bold an understatement as there ever was. And while it might appear that she moves around like Superwoman, the fact is she’s human. And, just like anything else, humans inevitably break down when pushed too hard. This is why Ms. Klieman takes OmegaXL.

So impressed was Ms. Klieman with the results she found with OmegaXL, she became one of a growing list of celebrity brand ambassadors to promote and spread the word of the amazing pain relief, and regained mobility everyone can get with OmegaXL.