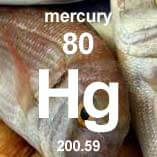 The idea behind taking a supplement is to better your health.  You wouldn’t want to take a supplement and end up worse off than before you took it.  But, when it comes to fish oil, contaminants that have infiltrated the food chain, such as mercury, can end up in your fish oil supplement, potentially causing a problem more serious than what you sought to fix or avoid.

Not only mercury, but other dangerous toxins can also infiltrate the marine food chain and end up in your fish oil supplement.  With all the negative clinical findings concerning mercury, PCBs, and dioxins – the three main pollutants found in fish sold in the US – consumers are growing concerned.

And with good reason: across the globe toxic chemicals continue to proliferate in the environment. Traces of man-made pollutants have been found in nearly all tests of animal tissues in our food supply, especially fish. That being the case, many people are looking to fish oil supplements, rather than eating fish, as a safer means of getting their omega-3s, because they are assuming that the supplement is safer.  But, is that true? Are all fish oils safe from mercury?

Large ocean fish and the parts of those fish that go into the making of lower quality (read “cheap”) fish oil supplements are prone to high levels of mercury and other toxins.  This is simply a matter of their size.  Big fish eat little fish.  The little fish contain small amounts of mercury. The large fish tend to build up the mercury over a lifetime of eating the smaller fish.  And, if the mercury has stunted the growth of the small feeder fish, making them smaller, the large fish have to eat more of them, thus increasing exponentially the level of mercury in their bodies. The answer to the potential contamination of the fish oil derived from these large fish, for the companies concerned about contamination (there are some that do not) is to purify it.

If your fish oil is purified it is more than likely purified by a process known as molecular distillation.  While this process sounds good, and the brands that use it certainly try to make you think so, this process actually heats the fish oil to a very high temperature.  Along with the contaminants, the high heat destroys some of the omega-3s and gives the fish oil an unpleasant taste that you will notice when you burp after you take it.   So, even though the fish oil may be free of contaminants once it is molecularly distilled, the integrity of the omega-3s contained in the fish oil is denigrated.

Some companies, very few in fact due to the high cost involved, extract their fish oil via a CO2 extraction process.  Because this process uses carbon dioxide, no heat is employed.  This not only protects the fatty acid fractions, but also eliminates mercury and pesticides that may have entered the food chain. Even fewer companies employ the CO2 extraction process on fish oil sources that typically have very low levels of toxins.  These would be small fish, crustaceans or shellfish living in very clean waters that feed on plankton rather than other contaminated fish.  Fish oil from these sources, extracted via the CO2 extraction process is the purest, most non-toxic, mercury free, fish oil available in the world.

Omega XL specifies the source of origin, how its made and is mercury free. Start using Omega XL today