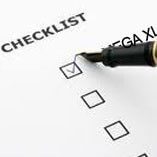 When it comes to “fish oil” and “omega-3” supplements, the subject of fats and the fatty acids they contain can be a confusing topic.  There are several forms of the omega-3 fats EPA and DHA found in fish oil that we consume in our diets and in our supplements, all of which require certain process in order for the body to utilize them.  And, as with all things in life, some are better (more bioavailable in this case) than others. Below is a very simplified rundown of the various forms of omega-3 fats we consume and how the body converts the fatty acids they contain into the bioavailable fractions the body can utilize, and which can be utilized best.

Triglycerides are made up of three free fatty acids bound to one glycerol molecule. This is the structure of all fats in nature such as the omega-3 fatty acids EPA and DHA found in fish (and fish oil supplements). Omega-3s in triglyceride form are composed of either one EPA molecule (eicosapentaenoic acid) or one DHA molecule (docosahexaenoic acid) and two other fatty acids, bound to a single glycerol backbone. This means that, on average, the Omega-3 content (EPA + DHA) of fish oil never exceeds 33%, the other 67% consists of other fatty acids.

Phospholipids are similar to triglycerides in that they contain glycerol and fatty acids. Phospholipids, however, are a much more complex structure having two fatty acids bound to a glycerol molecule “head” and two at its “tail” with a third bound molecule that contains a component known as a phosphate. Phospholipids are found in every cell in the body, as they are part of the cell membrane, which surrounds all cells. The cell membrane is made up of a double layer of phospholipids as well as other molecules, such as proteins and cholesterol

Ethyl esters are made in the lab from Omega-3 fatty acids that were once triglycerides. They are made by chemically separating the three fatty acids from the glycerol molecule using ethanol (pure alcohol). The reaction results in a new ester compound consisting of the former free fatty acids bound (“esterified”) to ethanol resulting in “omega-3 ethyl ester.”  Because esterification separates the individual free fatty acids (EPA, DHA and the other non-Omega-3 fatty acids), it makes it possible to concentrate the EPA and DHA components to produce 50%-90% pure EPA or DHA.

Once ingested, the digestive process and subsequent absorption of fatty acids varies from one group to the next.

In order for both triglycerides and ethyl esters to pass through the intestinal wall and into the bloodstream, these fats first have to be digested in the gut by enzymes such as lipase and hydrolase. The interaction with these enzymes breaks down (cleaves) either the glycerol or ethanol backbone binding the fatty acids producing free fatty acids and monoglycerides (glycerol molecules with 1 bound fatty acid).

Phospholipids are acted upon by the enzyme phospholipase and broken down into glycerol, free fatty acids, phosphoric acid, and other compounds such as choline.  These simplified compounds are then able to pass through the intestinal wall and into the blood stream.

These processes are not 100% efficient.  Digestive acids in the stomach can destroy some of the omega-3s and the cleaving of the ethanol or glycerol backbone can also damage some omega-3s.  Free fatty acids on the other hand, bypass the breakdown process because they are already in free form and available to be absorbed when ingested.

Once the mono glycerides and free fatty acids pass through the intestinal wall they are recombined into either triglycerides or phospholipids and then bound to cholesterol forming new compounded fats called chylomicrons. During this last phase of absorption, the intestinal cells give the new fats a special coating so that they are readily transported in the bloodstream. Once they have arrived in the bloodstream they are transported to various body tissues where they are utilized.

The term “bioavailability,” in this case, is important because it generally refers to the capability of the orally ingested omega-3 fatty acids to be digested in the gastrointestinal tract and cross the intestinal wall, thereby entering the bloodstream and, subsequently, transported to the various body tissues and organs.  The efficiency of this process, relevant to each form of fatty acid, determines how much of the omega-3s in the capsule you swallow ends up arriving at a target organ or body structure, i.e. joints, brain, eyes, heart, etc. Therefore, one of the most important aspects in considering DHA/EPA supplementation is bioavailability.

This is vital because if a certain brand of omega-3 supplement is boasting “300mg of omega-3s,” the trumpeting of such a concentration is a bit misleading if only a very small fraction of those omega-3s actually survive digestion, break down, make it across the intestinal wall and are delivered to body tissues.

The question that now begs to be answered is, out of the available forms of omega-3s – triglycerides, ethyl esters, phospholipids and free fatty acids – which form is the most bioavailable?  Meaning, which form of fatty acids is going to deliver the highest concentration of DHA and EPA into the blood stream and to the various target tissues?

Unfortunately, the vast majority of fish oils sold globally; including those sold in North America are EPA and DHA ethyl ester concentrates. A small percentage of fish oils on the market are natural triglycerides, phospholipids and/or free fatty acids.

Since the data suggests free fatty acids are more bioavailable than triglycerides, the omega-3 supplement with the highest concentration of free fatty acids would deliver the most usable DHA and EPA.  Assays show one particular extract, known commercially as PCSO-524, contains up to 22 times more omega-3 free fatty acids than triglycerides found in some fish oil brands. Ethyl ester omega-3s represent the bargain basement variety of fish oil supplements.  You can buy a lot of them for not very much money, and the data demonstrates the omega-3s they contain are the least bioavailable.

If your response to the foregoing is, “so what, I’ll just buy the cheaper brand and take more of it,” consider this: large doses of fish oil are contraindicated for people who bruise easily, are prone to bleeding or are taking blood thinning medications.  Large doses of fish oil can also cause indigestion, diarrhea, and “fish burps.”  Also, depending on the dosage, a large mount of fish oil can add needless fat calories to your diet.  This could be a consideration if you are trying to lose weight. Just six “double 0” size fish oil capsules contain about 120 calories. If you are trying to equal the free fatty acid potency of DHA and EPA found in PCSO-524 with ethyl ester fish oil you could have to take up to 10 giant capsules!  Even if you can deal with the reported side effects of large doses of fish oil, to end up gaining weight on top of it doesn’t seem like the best idea.

As the adage goes, you get what you pay for. Start using Omega XL today.