Home » OmegaXL Blog » Why Are Omega-3′s Important – Must Read!

Why Are Omega-3′s Important – Must Read! 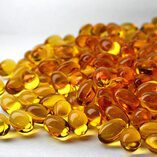 Before discussing how and why omega-3′s and fish oils can help you, we should probably discuss what they are in general. Omega-3s come from a family of unsaturated fatty acids (unsaturated refers to the number of hydrogen molecules in the make-up of a given molecular compound – the more unsaturated something is, the more double and triple bonds it has, the better it is for you).  As we know, a moderate amount of (good) fats are important (read: required) for even the healthiest of diets, and omega-3′s are crucial to healthy living. Omega-3′s are considered “essential” fats; that is, they are vital for our bodies, but our bodies cannot make them on their own. Only plants can make the omega-3 and 6 fatty acids’ precursor alpha linolenic acid. Once ALA is made, then human enzymes can convert these to other fatty acids (such as eicosapentaenoic acid (EPA) and docosahexaenoic acid (DHA)) which are of utmost importance to our brains and nervous systems. EPA and DHA aren’t just important for the brain and central nervous system (CNS), but also the strength/structure of every cell membrane in the body, therefore they’re particularly important for the health of organs such as the heart and brain.

Omega-3s are found in foods like walnuts, fruits and vegetables, and coldwater fish such as herring, mackerel, sturgeon, and anchovies.  Fish contain omega-3′s because they eat microalgae that contain omega-3′s (The saying “you are what you eat” rings true!). For the vegans out there (i.e. the people who can’t get their fish oils directly from fish sources), sources of omega-3s include canola oil, broccoli, cantaloupe, kidney beans, spinach, grape leaves, Chinese cabbage, cauliflower, spirulina, and walnut.One way omega-3′s preform their magic, experts say, is by encouraging the production of body chemicals that help control inflammation — in the joints, the bloodstream, and the tissues. Omega-3 fatty acids obviously have a myriad of health benefits. The health benefits of the long-chain omega-3 fatty acids — primarily EPA and DHA are the best known. While a lot of research is still ongoing, a lot of the previously known benefits were discovered in the 1970s by researchers studying the Greenland Inuit Tribe. The Greenland Inuit people consumed large amounts of fat from fish, but displayed virtually no cardiovascular disease.

Not only have many medical professionals come right out and said how beneficial omega-3s are, but much more research is currently being done to find more benefits. 90% of American’s are not getting enough Omega-3′s? Don’t be one of them!