What is the Omega-3 Connection with Anti-Inflammation 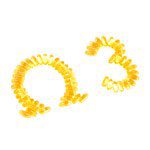 Omega-3 has been shown to be an essential fat that is needed in the human diet. While it can be found in plants and nuts, animal sources such as marine oils are more potent.

Often, other omegas are mentioned in conjunction with omega-3s.  The most commonly known may be omega-6. This fat is found in vegetable oils and while that sounds healthy, there are properties in omega-6 oils that cause inflammation. If inflammation is out of balance, it can cause unwanted conditions. There needs to be the proper omega-3 to omega 6 balance in a diet, for better health. Unfortunately, there is likely an overwhelming amount of omega-6 consumed in the Western diet, and there is concern that omega-3 production might actually be edged out by the presence of omega-6.

An increasing segment of the population has returned to eating less processed foods and a lot of fish that are rich in omega-3. For those who are not fond of eating fish, there are high quality marine oil supplements on the market. Even though plant sources of omega-3 are not as potent as animal sources, that does not mean that eating flaxseed and olive oil is not beneficial. There are supplements that are derived from plant sources for those who are strictly vegan.

There has been research that has shown that having the proper omega-3 to omega 6 balance has helped to reduce dependence on anti-inflammatory drugs. Health is directly connected to what is consumed on a daily basis. Is eating walnut encrusted salmon going to suddenly cure someone’s ailment? Not very likely. Still, there is something to be said by making a conscious effort to reduce what is having negative effects in the body, and consuming more of what will increase positive effects. This can be part of a well-rounded look at health when it comes to the physical aspect.

So, do some research on sources of important omega oils, including OmegaXL. Find out what the recommended levels are for daily health, and talk to a health care provider about the benefits of OmegaXL in your specific situation. Looking after one’s health is important, but it can be tasty and a bit easier at times than imagined. Eat, drink, and be healthy, so that being merry can go on for quite some time.