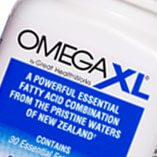 OmegaXL is a fatty acid complex head and shoulders above other brands of marine oil and omega-3 supplements for numerous reasons. Apart from the unique extraction process of the 30 fatty acids contained in OmegaXL and the years of published research behind it, perhaps the most unique aspect of OmegaXL is its source – the New Zealand green-lipped mussel.

The green-lipped mussel has developed great importance as a cultivated marine product in New Zealand since cultivation began in the 1970s. Since then mussel farming has undergone massive expansion, with production growth of 708% from 1988 to 2000 (an average annual growth of 18%). Initial farms were based on the 700-year-old European floating raft method of mussel cultivation, which was suitable on small scales. However, it was not long before methods to support larger scale production were needed. Today, mussel farming in New Zealand is big business and is strictly regulated by the New Zealand Minister of Fisheries to ensure not only the quality of the farmed mussels but also to ensure their sustainability for future generations.

OmegaXL chose the green-lipped mussel as the source of its omega-3 supplement because of its surprising health benefits. In studying the Maori tribes that lived along the New Zealand coastlines, researchers noticed a surprisingly low instance of joint pain and other inflammatory conditions despite the harsh environment in which the Maori lived. Suspecting a dietary influence that was unique to the Maori, researchers wondered if it could be the green-lipped mussels common in the coastal Maori diet. Later studies confirmed that an extract of the green-lipped mussel inhibited the 5-lipoxygenase pathways, which leads to the formation of leukotrienes. Leukotrienes are critical when it comes to the inflammatory response in our bodies.

Leukotrienes act to sustain inflammatory reactions; they convey signals that act either on the cell producing them or on neighboring cells in order to regulate the immune response when our bodies undergo infections, allergic reactions or injury. Many of the immune response pathways have the inflammation-supporting characteristic. Inhibiting the 5-lipoxygenase pathways is the first line of defense when it comes to reducing joint inflammation and the pain and stiffness associated with it. The common anti-inflammatory remedy most prescribed by doctors is non-steroidal anti-inflammatory drugs (NSAIDs). However, like all drugs, NSAIDs can be wrought with undesirable side effects. Many people would rather opt for a natural anti-inflammatory as the first course in fighting inflammation, rather than immediately be prescribed powerful drugs. OmegaXL has demonstrated in numerous clinical trials to naturally inhibit the inflammatory response by inhibiting the 5-lipoxygenase pathways. This has shown to reduce inflamed joints, lessen pain, and restore mobility.

OmegaXL is one of the unique natural anti-inflammatory products on the market not only because of its source but also because of the university research that demonstrates its effectiveness.

OmegaXL, with PCSO-524®, is marketed exclusively by Great Health Works, a company dedicated to your good health. Over Half a Billion OmegaXL gel caps have been sold to satisfied customers who enthusiastically confirm the incredible inflammation fighting and long-term joint pain managing effect they experienced with this unique, all-natural, supplement. Great Health Works cares about you. Their friendly representatives call you, not once, but twice in the weeks after you receive your order to check in and make sure you are satisfied, happy and using OmegaXL correctly. They even offer Auto-Ship, the company’s program that automatically ensures you never run out of OmegaXL month after month.